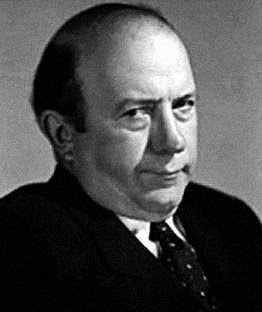 Bijou favorite Edgar Kennedy was a brilliant and prolific comedy actor. Biographer Bill Cassara provides an excellent introduction to Edgar in the prologue (reprinted here) from his highly recommended book "Edgar Kennedy-Master of the Slow Burn".

Ned Comstock, the film archivist at the Doheny Library at the University of Southern California, answered the phone. The call was yet another person who wanted to write a book on an old Hollywood movie star. “Who are you writing about?” Ned asked. Without any further introduction, I confidently spoke the name of Edgar Kennedy.

There was a pregnant pause of about three seconds. This was not the rounding up of the usual suspects of controversial celebrities: Clark Gable, Charlie Chaplin, Marilyn Monroe, Jean Harlow, Fatty Arbuckle and their ilk. Ned curiously replied, “ ...Why Edgar Kennedy?”

Why Edgar Kennedy, indeed. Edgar died at the top of his game back in 1948, but, since then, Hollywood has barely bothered reflecting on one of its film pioneers. Biographical information about his long and bumpy road to success has always been scarce and has been generally limited to his films.

Edgar Kennedy appeared in more than 400 films spanning four decades. He was one of the first to be honored (posthumously) with a star enshrining his name on the “Hollywood Walk of Fame.” Known as “The Master of the Slow Burn,” he had many other monikers over the years: “Mr. Average Man,” “Kennedy the Cop,” “Uncle Edgar,” “One Punch Kennedy,” and even “The Human Donald Duck.” 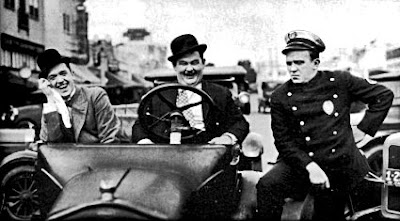 Edgar starred in his own short comedy series for RKO, which spanned seventeen years. These “Average Man” short comedies established films’ first all-talking situation comedy series. They fathered a genre emulated by radio program “families” and later television sitcoms.
A screen clown for most of his career, with some notable exceptions, Edgar also directed many comedies himself. After years of anonymity, he finally hit pay dirt by developing a character that was much put upon by others. He would seemingly simmer in frustration over life’s annoyances, determined not to let it bother him. As the tension would mount, Edgar’s pent-up impatience often boiled over. Unable to hold it in, he might finally ignite in anger, resigning himself to fate by emphatically wiping his face with his left hand. His stock-in-trade grimace and “Slow-Burn” made him one of the movies’ most recognizable faces, until death claimed him at the peak of his career at age fifty-eight. 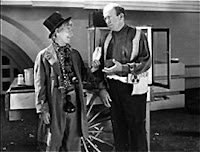 Now, more than half a century after Edgar Kennedy’s death, the embers of interest in his life have been rekindled. Rare family photographs and stories, provided by Edgar’s only daughter, have been shared with the author. Archival research has revealed never-known details about his childhood, professional boxing career and the evolution of his film legacy.Edgar Livingston Kennedy never had the opportunity to tell his life memoirs, but, with the cooperation of his family, combined with gumshoe efforts, the story can now be shared.

You can read more about Edgar by visiting the official Edgar Kennedy website, and watch for our upcoming interview with Edgar biographer Bill Cassara.
Posted by BijouBob at 11:06 PM
Email ThisBlogThis!Share to TwitterShare to FacebookShare to Pinterest

Great site you have here! Edgar Kennedy was indeed one of the unsung heros of early American film comedy. Keep 'em coming!