As 2011 comes to a close, the elves at the Bijou are working overtime putting together the final pieces that will soon deliver the Matinee at the Bijou sequel series, in HD and hosted by America's cinematic sweetheart Debbie Reynolds. Watch for some exciting news here early in the coming New Year! 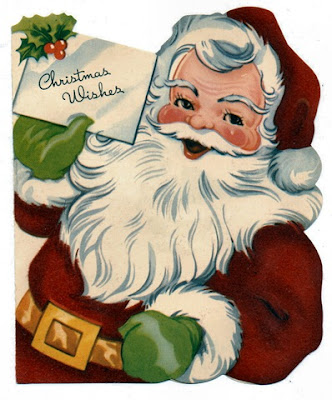 During this season of warmth and festivities, we at the Bijou are saddened by the plight of rare cinematic shorts which, orphaned by copyright, are too often left out in the cold. The rise of the Internet has been a boon to lovers of these cartoons and short subjects, providing multiple means of introducing new generations to their merriment and, in some cases, just plain strangeness. 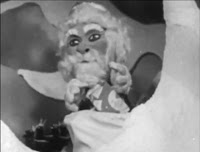 Much to our joy we have recently discovered such a resource of rarities in plain sight: XmasFLIX’s YouTube Channel, “Vintage Christmas Film and Music.” According to the channel description, it is “Vintage and obscure Christmas films, music, commercials and more. For those who appreciate the glamor (sic), style, innocence, cheese and kitsch of the earlier years of the 20th century.”

We say; if Santa were a cinephile, this would be his YouTube Channel! (And looking at the profile information, perhaps he is.)

While the videos are excellent, mostly very good prints, what really makes them stand out are the notes (viewable when the videos are played on YouTube, under "more info") containing biographical information about the animators and the historical context of the film. It quickly becomes clear that this is no ordinary film fest, but also a labor of love. 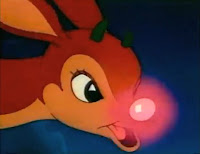 Looking for those vintage Christmas classics, like Rudolph the Red Nosed Reindeer, Christmas Comes but Once a Year, and Jack Frost? Vintage Christmas Film and Music has these and so many more!

However, we at the Bijou want to wish you all the Joy of the Season by offering a glimpse at some of the stranger festive fare available on XmasFLIX’s YouTube Channel, including one provocative short film that you won't find telecast anywhere -- including in Matinee at the Bijou's own programming. Please accept "a cup of kindness yet" as we ring the New Year in!

For many, the 1940s were a decade of rationing, war, and uncertainty. Can you imagine the excitement of welcoming in the 1950s? Check out the lyrics to this 1949 theatrical Happy New Year celluloid wish to movie audiences, served up with a cheerful rendition of Auld Lang Syne -- and never again be stuck for the words to Robert Burns' poem! (And if cigarette ads are bothersome, please focus instead on the wonderfully decorated Christmas tree behind Santa.)

In this age of vaccines and antibiotics, people forget how truly frightening "common" diseases once were. In Quiet Heroes James Cagney reminds viewers how far tuberculosis research had come and how far it had yet to go. The notes provide an historical look at Christmas Seals, those once ubiquitous additions to everyone's holiday mail.

Many celebrities spoke for this cause, including John Wayne and Frank Sinatra.

For our last film, we respectfully suggest Parents may wish to watch this before exposing innocent eyes to the comic brutality of a Punch and Judy puppet show from the late 1940s - including some very non-PC scenes.

Santa Claus, Punch and Judy is certainly not considered modern holiday fare, and yet the tradition of the Punch and Judy puppet show is centuries old. XmasFLIX's notes describe the history and origin of the characters in 16th-century Italian commedia dell'arte. 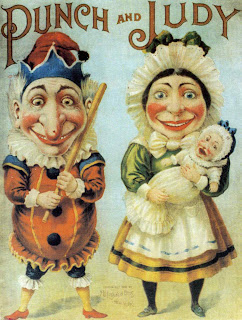 Is Punch and Judy a trivialization of domestic violence, or all in harmless fun? The question is not new, and even Charles Dickens weighed in on the matter:

In my opinion the street Punch is one of those extravagant reliefs from the realities of life… I regard it as… an outrageous joke which no one in existence would think of regarding as an incentive to any kind of action or as a model for any kind of conduct. It is possible, I think, that one secret source of pleasure very generally derived from this performance… is the satisfaction the spectator feels in the circumstances that likenesses of men and women can be so knocked about without any pain or suffering…

A description that very nearly sounds like a Tom & Jerry cartoon. (Take heart: Punch beats Judy, but the cat, monkey, and the aliigator give it to him right back!)


"Our film heritage
is America's living past."
These are among the celluloid images that have shaped our consciousness and described our experiences.

We salute the secret-Santa behind XmasFLIX’s YouTube Channel and all the other Celluloid Patriots out there who dedicate their time and often considerable personal resources in helping preserve America's living past!
Posted by Victoria Balloon at 6:30 AM
Email ThisBlogThis!Share to TwitterShare to FacebookShare to Pinterest

XmasFLIX.com said...
This comment has been removed by the author.
12:02 PM

Thanks so much for your support by featuring XmasFLIX.com