From Film To High Def 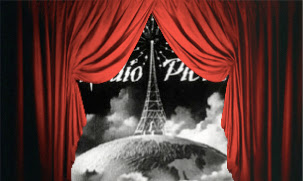 Bijou Bob recently paid a visit to Flying Spot Film Transfer in Seattle, Washington to visit with the crew there and see first hand how the process works for getting vintage original films transferred to the High Definition (HD) realm.
Obviously, this process is one of the key elements in bringing Matinee at the Bijou hosted by Debbie Reynolds to your TV set. After doing considerable research and speaking with a number of transfer facilities, the Bijou team has settled on Flying Spot as the film transfer house for the show.

Jeff Tillotson is a co-founder and senior colorist at Flying Spot, having started FSFT with partner Eric Rosen in 1998. He went to the University of Washington and started his career in Seattle, but quickly migrated to Hollywood, where he immersed himself in the world of film. What better place to do so than the film capitol of the world? But he came back to the Pacific Northwest and decided there was enough demand for high quality film transfer and color correction to keep him busy closer to family.

The films chosen for the Bijou series, already in excellent to pristine condition at the outset, won’t be going directly to FSFT’s facility. First they make a stop at a lab, where they go through a three-step process that starts with evaluation of the film itself. Then they attach a proper amount of “leader” as over the years a fair amount of it has been torn or cut off. The final step at the lab is to clean the film in a heated chemical bath that’s agitated by ultrasound. This is critical as older films, no matter how good they look to the naked eye, have collected a variety of oils, dirt, projector grease and other adherents. The film is mounted on a “core” and sent to FSFT for the next step in the journey.

Once a film arrives at FSFT, things shift into high-tech mode. The film is scanned on a Philips Grass Valley Thomson Shadow machine. The scanned image is captured by the real jewel of the facility, known as the Da Vinci, a very expensive and elaborate real-time color processing tool. This piece of gear has been the industry standard for many years and actually exceeds HD video standards. And the process is much more digital than film transfer techniques of yesteryear.

“Color correction,” says Tillotson, “has become a random access data management process.” Much of the work he does at FSFT involves extensive color manipulation to achieve desired affects. However, color changes will be kept to a minimum on the Bijou films, because the intent will be to present these films with high quality standards and as close as possible to how they were actually shown in the first place. “The fewer knobs I turn,” says Tillotson, “the more accurate and true these films will be to how they looked when they were made.”

Members of the Bijou production team will be physically at FSFT for the initial film transfers to make sure quality standards are set and also to determine how best to present the films in the program in terms of aspect ratio. Film-to-tape aspect ratios are a controversial aspect of 21st century film preservation and distribution. The option is to convert old movies to 16:9 or leave it in its purest aspect of 1:33 or 4:3. The current trend with classic films is a balance between the two aspect ratios - allowing for very narrow bars on the left and right side of the TV screen.

The final film images are stored on HDCAM tape and eventually transported to Bijou’s post-production facility for editing and finishing of the shows for broadcast. And the journey that started many decades ago on film ends up in the HD world of the 21st century.

The Bijou team looks forward to taking an active part in this fascinating process, and will be providing more production updates soon.
Posted by BijouBob at 2:34 PM
Email ThisBlogThis!Share to TwitterShare to FacebookShare to Pinterest

Actually, it's Philips with one "L" and Thomson with no "P"

Thanks for the heads-up. Duly noted, changes made.