Theatrical Short Subjects and the Presidency 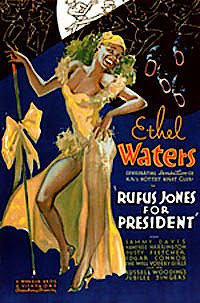 The American president and the presidency have been a popular and recurring subject of motion pictures from the beginning of the movie industry, especially during election years. Prior to 1960, the movie-going experience included much more than just the feature films, and the Hollywood studios depended on both fiction and non-fiction subject matter when annually producing thousands of hours of short subject added attractions.

Last Friday we looked at some of the hundreds of classic feature films that portray the American presidency. This week, we shift our focus and look at a few of the many theatrical short subjects that portray the presidency - including cartoons, live-action shorts and newsreels. 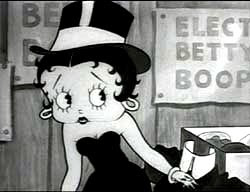 In Betty Boop for President (1932), presidential impersonations, silly campaign promises and prohibition gags abound in this clever Max Fleischer cartoon concoction. The 1929 stock market crash and the Great Depression were being intensely felt across the country when this cartoon was released in November 1932, just weeks ahead of the election and FDR's landslide victory. The House of Representatives is populated with elephants on the right and asses on the left, and Betty presents her platform points in a song called "If I were President" with lyrics like "If you have a sister, and want a brother too, tell ma and pa to vote for me, and I'll see what I can do." Political novice Sarah Palin could learn a thing or two from everyone's favorite vamp.

Sixteen years later, incumbent Harry Truman was running for re-election, and in Olive Oyl for President (1948), the incomparable Mae Questel shifted her vocal talents from Betty Boop to Olive Oyl in a cartoon that features many of the same gags from the earlier spoof, including the elephants and asses routine. Then, in 1956, the year of Eisenhower's re-election, Popeye himself went on the campaign trail in Popeye for President. In this contest for the oval office, Olive Oyl's tie-breaking vote will decide the election between Popeye and Bluto, triggering dirty tricks and plenty of animated mayhem.

The first time that a President of the United States spoke on film was in President Coolidge, Taken on the White House Ground (1924), which was part of the "Keep Cool with Coolidge" re-election campaign of 1924. This film was part of Lee De Forest's groundbreaking theatrical Phonofilm system, and provides an overview of the Coolidge philosophy and American conservative thought at the time. Such a speech could be given today with few changes. The subject is taxation and tax reform. 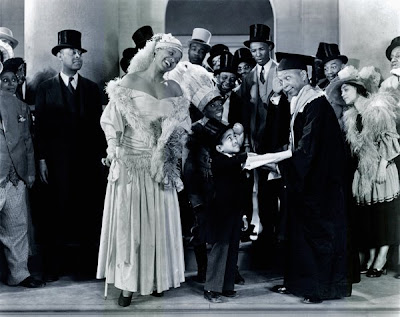 The great Ethyl Waters is the star performer in Rufus Jones for President (1933), one of the earliest entertainment shorts concerning the presidency. This classic all-black WB Vitaphone musical short co-stars Sammy Davis, Jr. in his film debut as a 7-year old African-American child elected president of the U.S.A. Eight songs are featured, including Ms. Waters performances of "Am I Blue," "Under the Harlem Moon," and "Lullaby." Little Sammy performs "You Rascal You (I'll Be Glad When You're Dead)"

Jimmy "The Schnozz" Durante jokes and sings "Give a Man a Job" in an MGM Official Featurette made to help the NRA (National Recovery Administration) promote FDR's New Deal jobs program. This was presented on Season 2 of the original PBS Matinee at the Bijou series. 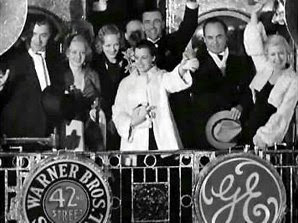 As part of their publicity campaign for the film 42nd Street (1933), Warner Brothers, in association with the General Electric Company, produced a nifty newsreel-style short subject called The 42nd Street Special. With numerous Warner Bros. celebrities as passengers, including Bette Davis, Preston Foster, Leo Carrillo, Jack L. Warner (father and son) and Darryl F. Zanuck. the train made a tour from California across the country with stops in more than 100 cities, ending in Washington, DC for FDR's March 1933 inauguration. 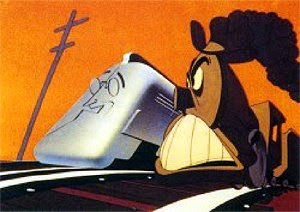 Also in 1939, as part of their "Wendell Wilkie for President" campaign, the Republican National Committee commissioned an intensely political propaganda short called The Truth About Taxes. FDR won his third term in spite this effort. In 1944, the Democrats commissioned a UPA cartoon called Hell-Bent for Election, directed by Chuck Jones, and created to help FDR win his fourth term.

One of the most interesting newsreels on the subject of the presidency is American Presidents, which was released in 1953 by Warner Brothers, on behalf of Travelers Insurance. In the course of 9 minutes the first 33 U.S. presidents, from Washington to Eisenhower, are chronologically summarized with rare footage, photos and portraits - including 1897 footage of McKinley's inauguration. The film is loaded with fascinating historical factoids, such as identifying 8th president Martin Van Buren as the first U.S. president born an American citizen.

Theatrical short subjects became extinct with the advent of television, but these and many other cartoons, newsreels and entertainment shorts provide an important permanent archive of the history of the American presidency.
Posted by BijouBob at 8:29 AM
Email ThisBlogThis!Share to TwitterShare to FacebookShare to Pinterest