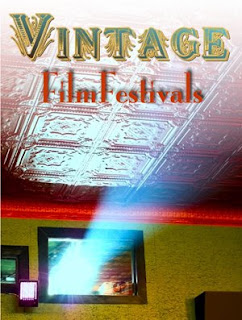 Each year brings a new round of film festivals devoted to classic films, silent films, B-westerns and serials from the birth of film through the 1950s -- the Bijou Years! While the films get older every year, fan enthusiasm to see any unseen gems grows stronger. The festivals are usually held in a hotel to accommodate fans from all over the country, Canada and often Europe. They feature well-stocked dealer rooms selling posters, books and films, as well as a non-stop screening room or rooms for 16mm, 35mm or video projection. Most festivals feature personal appearances by famous faces from the silver screen. The attendees themselves share the spotlight as faces are put on dealers and fans who met in cyberspace, and new friends soon become family.

All of these website links are active, although many have not yet been updated for 2009. Go see what you missed in 2008! If you like the programs, plan now to catch one or more festivals in 2009 and check back later for the program of films and guests. A trip to a vintage film festival can be an ideal vacation for anyone who loves classic movies. Each festival deserves recognition on its own, and we will strive to promote them several months beforehand. 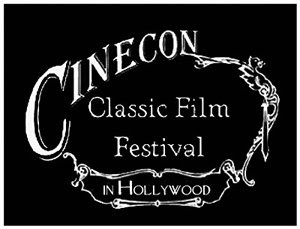 CINECON 45 will be held Thursday-Monday, Sept. 3-7, 2009. Cinecon is held every Labor Day weekend. Films are shown in Grauman's Egyptian Theater, with the Dealer's Room and Banquet held in the Hollywood Renaissance Hotel. Cinecon was founded by Sam Rubin, editor of the "8mm Collector," that is still going strong as Classic Images. In 1965 Sam invited readers of his self-published magazine to his home town of Indiana, Pennsylvania. It was a small affair with only a handful of die hard film fans. They gathered in a small room at the local Holiday Inn and showed each other 8mm silent films from their personal collections. The following year another cinephile, Clark Wilkinson, hosted the show in Baraboo WI and Cinecon officially became an annual event.

For the next twenty or so years the Cinecon moved from city to city as a sort of moveable cinematic feast, but since the early 1990s all Cinecons have been held in Hollywood. The dedicated organizers include Bob Birchard, Michael Schlesinger, Stella Grace, Stan Taffel and dozens of volunteers. 2009 marks the 45th anniversary of this venerable vintage film festival. 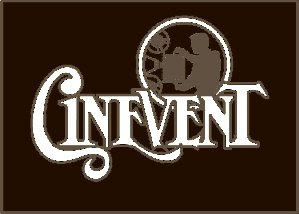 CINEVENT 41 will be held Friday-Monday, May 22-25, 2009, at the Ramada Plaza in Columbus, OH. In 1968 film fans John Baker, John Stingley and Steve Haynes held a modest gathering they called Cinevent to screen their favorite movies. Cinephiles from Cinecon soon joined the party that has been held every year over the Memorial Day Weekend. CINEVENT is a gathering of over 700 fans of silent and early sound films, and of collectors of motion pictures and related items.

Movie screenings are available from mid-day Friday to mid-day Monday with a few hours off to sleep! Dealers fill over 170 tables full of film, video, sound recordings, posters, stills, lobby cards, books, autographs -- everything imaginable associated with film. An exceptional event at each Cinevent is a major movie poster auction conducted by Morris Everett Jr., owner of The Last Moving Picture Company.

CINEFEST 29 will be held Thursday-Sunday, March 19-22, 2009, at the Holiday Inn, Liverpool, which is a suburb of Syracuse, NY. Cinefest was the pride and joy of Phil Serling, who had hosted an early Cinecon in Syracuse and decided he wanted to run a film convention every year, mainly to see his friends more often. The initial regional meeting soon attracted national attendance as word got around that Cinefest was as much fun as Cinecon, except for the snow. With Phil's untimely passing in 2004, Cinefest continues to flourish under the guidance of Bob Oliver, Gerry Orlando, Rick Scheckman and an army of volunteers. One highlight is a 35mm session in the Palace Theater, and another is the live auction hosted by Leonard Maltin. You can see the 2008 film lineup here. 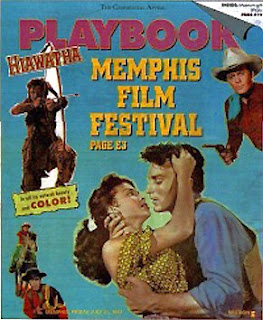 This year's theme is a gathering together of many leading stars of classic television westerns, including: Will Hutchins, Denny Miller, James Drury, Robert Horton, Robert Fuller, Ty Hardin and Peter Brown. The festival features three separate screening rooms running 125 classic feature films and TV shows from 10 am to 11 pm each day. A daily highlight is a panel of stars who are there to answer questions, meet their fans and sign autographs. The 2009 festival is a cooperative effort involving Boyd Magers and his "Western Clippings" publication. 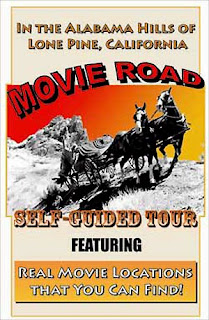 LONE PINE FILM FESTIVAL 20 Lone Pine is unique in running the many films, mainly westerns, that were shot in the area. Films are shown in the high school auditorium. This particular vintage film festival has a museum devoted to western films, and offers a tour of the splendid hills, valleys and desert featured in so many B-westerns. The Beverly and Jim Rogers Museum of Lone Pine Film History is a non-profit 501(c) 3 California Corporation, organized for public benefit. Its mission is to celebrate and preserve the movie history of Lone Pine, Death Valley and the Eastern Sierra areas. Held last year in October, details for the 2009 Lone Pine Film Festival have not yet been announced. 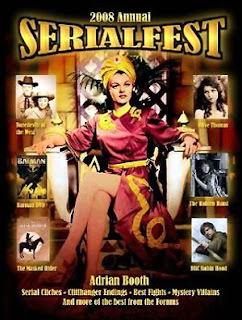 SERIAL FEST 9 distinguishes itself as the world's only all-cliffhanger film festival. This annual event is held in association with sister-site The Serial Squadron, aka The Academy of Cliffhanger Arts & Sciences. The Serial Squadron and Serial Fest have recently launched a comprehensive series of yearly combined print and DVD publications called the Serial Fest Annual.

Fans of classic movie serials would be hard-pressed to find more information and fan interactivity available in one place concerning cliffhangers from the silent era thru the sound era. The 2008 screenings were held at the Newtown Theater, Newtown, PA. Dates and location for the 2009 festival have not yet been announced.

This annual, four-day film festival - scheduled in July of every year - features screenings of rarely seen comedies from the silent and early sound eras. It is an opportunity to view films that are some of the earliest creative efforts in the development of motion picture comedy. The 2008 Con was held in Arlington, VA, and the date and location of the 2009 festival have not yet been announced.

KANSAS SILENT FILM FESTIVAL 12
is a free event held annually since 1997 on the campus of Washburn University in Topeka, Kansas. A highlight of this years Feb 27-28 festival is the US premiere screening of the presumed long lost silent classic Bardelys the Magnificent (1926). The film was based on the celebrated Rafael Sabatini novel, stars John Gilbert and was directed by King Vidor. Lost for nearly eight decades the film was recently rediscovered in France by Serge Bromberg and Lobster Films.

James Travers at filmsdefrance.com wrote: "When significant "lost" films are bought back from the dead, there is sometimes a feeling of disappointment when we finally get to see them. This is certainly not the case here - Bardelys the Magnificent is a twenty-four carat cinematic gem that will delight any film enthusiast, particularly aficionados of the swashbuckling adventure genre." Of special interest to Bijou fans, the film also features the first screen appearance by Lou Costello, of Abbott & Costello fame, and a brief appearance by a 19 year old John Wayne, in his second film role.

This year's festival program is available here. Other films this year will feature Buster Keaton, Rudolph Valentino, Mary Pickford, Tom Mix, Ronald Colman, Laurel & Hardy, Our Gang, Fatty Arbuckle and Mabel Normand. Another highlight of the festival will be a rare public screening of Walt Disney's Puss and Boots (1926). Last April, in collaboration with animator/historian Ray Pointer, the Bijou Blog published a series on Pioneers in Animation, featuring the silent cartoon works of Walt Disney and Max Fleischer.

Marvin Faulwell, a theater organist, and the Mont Alto Motion Picture Orchestra provide live background music for each of the films. The Mont Alto Motion Picture Orchestra has provided the music scores for numerous silent films on video and DVD including Dr. Jekyll & Mr. Hyde (1920), Blood and Sand (1922), and The Thief of Bagdad (1924) for Kino Video.

Each of the these film festivals is highly recommended for meeting the test of time and continuing to grow in stature and popularity. Of course, there are other classic film festivals around the country that we would like to hear about and share with our readers. Should you know of any candidates for a future post, please contact executive producer Ron Hall at fesfilms@aol.com.
.
Posted by BijouBob at 10:53 AM
Email ThisBlogThis!Share to TwitterShare to FacebookShare to Pinterest

There is also the Kansas Silent Film Festival in Topeka, Kansas on the last weekend of February every year. All films are accompanied by a concert organ or the Mont Alto Motion Picture Orchestra.