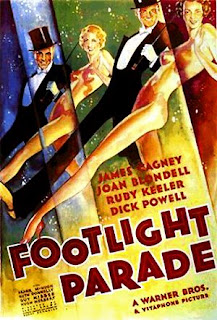 The history of the "movie prologue" intertwines the eras of silent and sound film; vaudeville and musical theater; stage and screen. Key aspects of this history are depicted in Warner Bros. backstage musical extravaganza Footlight Parade (1933). In the film, choreographed by Busby Berkeley, James Cagney plays Chester Kent, producer of Broadway stage musicals, who is financially challenged by the arrival of talking pictures and the demise of expensive live musicals, his bread and butter.

Kent convinces the owners of a theater chain to finance his production of short-form musicals to be performed live on stage as a prologue before the main feature. Each prologue would then be shuttled in rotation week by week to each of the theaters in the chain. The Depression made it increasingly hard to fill theater seats, but since the studios were charging theaters a flat rental fee for the movie, theater owners could afford to increase their audiences and income by financing the added attractions. 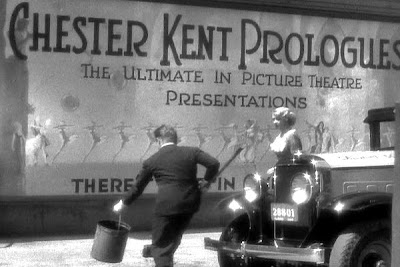 Several key characters in Footlight Parade were modeled after real-life impresarios and performers who pioneered the movie prologue. Cagney's role as producer Chester Kent, for example, is a thinly-disguised manifestation of Chester Hale. Hale had been creating and choreographing stage musicals since 1921. In 1929, according to the Internet Broadway Database (IBDB), two new musicals opened on Broadway; Broadway Nights and A Night in Venice; each choreographed by the team of Busby Berkeley and Chester Hale. Berkeley, of course, went on to a celebrated career choreographing major Hollywood musicals (including Footlight Parade), and Hale went on to direct the dance sequences in such classic films as Naughty Marietta (1935), A Night at the Opera (1935) and Rose Marie (1936).

The labyrinth of offices and rehearsal halls portrayed in Footlight Parade very much resembled the Los Angeles production offices of "Fanchon & Marco," who together were early participants in the creation of movie prologues. Fanny (Fanchon) and Mike (Marco) Wolff began their careers as a brother and sister dance team and eventually became producers and promoters of their own Broadway musical called Sunkist in 1921. 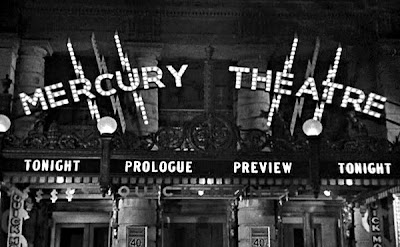 Time Magazine wrote; "Soon, the Southern & Pacific was transporting Fanchon & Marco's show up and down the west coast, then it was going all over the U.S. - 52 units a year. For the young Wolffs had had a bright idea. Small cinema houses wanted to stage shows but could not afford them. Fanchon & Marco offered units at a reasonable price, equipped them and rehearsed them in Hollywood, sent them out complete with costumes, scenery and songs. Their studio on Sunset Boulevard near Western became a factory for mass production of 15-minute shows. They needed bright youngsters who would work cheap. Janet Gaynor swung on a chandelier from the stage of Loew's State in Los Angeles; Myrna Loy's rice-powdered legs pranced in many a chorus; Bing Crosby, shaking with stage fright, croaked Mississippi Mud." 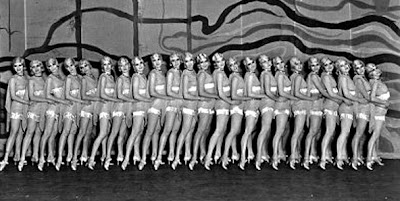 Five separate groups of Fanchon & Marco girls, known also as the "Sunkist Beauties," would rotate among theaters up and down the west coast. Other performers that received paychecks from Fanchon & Marco and would achieve stardom included Cyd Charisse (at age 12), Joan Crawford and Judy Garland (as a Gumm Sister).

Another pioneer in mixing stage shows with movies was showman Samuel L. "Roxy" Rothafel, who founded New York City's 6000 seat Roxy Theater in 1927, and was the impresario for many of New York's premiere movie palaces such as the Strand, Rialto, Rivoli and Capitol. Roxy's stage shows were each built around a specific theme and employed a resident company of singers, dancers and musicians - just like in Footlight Parade.

Radio City Music Hall has long been a New York City landmark and considered the greatest Art Deco theater ever built. It opened its doors in December of 1932, the brainchild of John D. Rockefeller, RCA, and Roxy Rothafel. It was originally intended for live stage shows only, featuring a chorus line of dancing beauties billed as "The Roxyettes." But after the opening night show went on for over four hours, the theater was briefly closed, and the policy was promptly revamped to showcase a first-run movie accompanied by a one-hour stage show. Two weeks after the controversial opening, and with the revised format, Radio City Music Hall premiered its first film, The Bitter Tea of General Yen. But first, the Roxyettes shared the stage with 17 diverse stage acts, including the Flying Wallendas, Ray Bolger and Martha Graham. 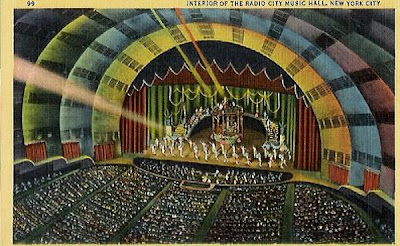 According to Time Magazine, "The Rockettes came into being in 1925 when a hoofer named Russell Markert rounded up 16 girls to dance at the Skouras Brothers' Missouri Theatre in St. Louis. He called them the Missouri Rockets. When Broadway clamored for the troupe, Markert changed their name to the American Rockets and took them East. They danced in Publix theatres, in the Greenwich Village Follies. The late Producer Samuel ('Roxy") Rothafel signed them up for his Roxy Theatre as the Roxyettes. When Roxy went to the Rockefeller Center Music Hall in 1932, the Roxyettes went with him. When he left two years later, they became the Rockettes and stayed on at Rockefeller "

RKO Radio Pictures, owned by RCA, produced and distributed popular motion pictures routinely showcased at New York's Radio City Music Hall and Roxy Theater. In 1933, RKO's Van Beuren animation studio launched a new cartoon star called Cubby Bear. The first cartoon in the series, Opening Night (1933), served to commemorate the opening of Radio City Music Hall, while simultaneously paying homage to the Roxy Theater.
The cartoon features Cubby Bear attempting to sneak into the grand opening of the Roxy. Cubby gets lost in the cavernous theater, then entangled in trap doors only to end up conducting the theater orchestra on stage. The cigar-smoking mogul in the Roxy control room is an obvious salute to impresario "Roxy" Rothafel.

While the increased income from the movie prologues greatly helped movie theaters survive the Great Depression, the prologues did nothing for the financial bottom lines at the major studios. Accordingly, the studios reacted in several ways. One was to change the film licensing formula to a percentage of the ticket sales, and another was to dramatically expand the creation of theatrical short subjects - a staple of the smaller movie houses - in order to replace the costly live stage shows.

Soon, only the grandest and most successful of movie palaces could afford to continue the prologues, with the exception of some theaters like New York's Roxy, which continued showcasing them into the early 1950s (the Roxy was demolished in 1960). Radio City Music Hall continued the tradition of mixing stage and movie presentations until 1979, when it changed its policy to primarily showcasing spectacular stage shows, especially its annual Christmas and Easter extravaganzas, featuring The Rockettes.

Here for your enjoyment, and with thanks to Turner Classic Movies, is the trailer for Footlight Parade. In 1992, this remarkable cinematic achievement was selected by The Library of Congress for preservation accreditation in the National Film Registry. The film cost an estimated $703,000 to produce (in 1933 dollars), and helped propel the careers of two cinematic icons: Dorothy Lamour, in her first screen appearance (uncredited), and Ann Sothern, in an early uncredited role.

One can only wonder what the live stage prologue must have been like that preceded first-run screenings of Footlight Parade.

Posted by BijouBob at 8:11 AM
Email ThisBlogThis!Share to TwitterShare to FacebookShare to Pinterest

This movie is a must see! One, it features James Cagney as a song and dance man ('nuff said), and Two, it features that viral favorite tune "By A Waterfall" (I'm calling yoouuuuuu...) in a classic Busby Berkely production number. An interesting look at a film about films. Thanks for the history!

Fascinating stuff! I wish movies were still such a treat to attend.

I came here after googling Fanchon and Marco-- My great-grandfather's sister married a man (stage) named Harry Vernon, who performed with Fanchon and Marco. I found an old stage bill that touted him as "California's Prince of Song". He seems to have disappeared, though. He died in obscurity in 1965. Anyone ever heard of him, and know what else he might have done with his life?